YPSILANTI – According to industry sources, area man Carl Stevenson recently purchased Dell Computer, Inc., the struggling PC maker, for $1535.67 after attempting to buy a new desktop on the company’s website.

“I owned an Lenovo for a few years, but it died on me, so I needed to get a new computer,” said Carl. “So I went on Dell.com and started clicking through the options. Right after ‘RAM,’ it said something about adding a ‘100% Equity Stake – BUY TODAY AND GET 50% OFF!’ for, like, 70 bucks. So I clicked on that. Then I bought a printer too, because my old one broke.

“But the strangest thing happened. Instead of getting a FedEx tracking number, the website said ‘Pending SEC confirmation,’ and told me to check ‘NASDAQ: DELL’ instead. Like, what the hell is ‘NASDAQ: DELL’? And when is my computer going to get here? It’s already been two and a half weeks,” he added.

Dell, which was a public company before accepting Carl’s lucrative buyout offer, has been on the rocks for years, following a shift in consumer preferences away from PCs toward Apple products, tablets, and smartphones. The company recently announced that it was looking for buyers, and Carl’s tender offer of $0.000125 per share represents a 36% premium to Dell’s closing price the day before the announcement.

“Carl’s purchase of Dell is a watershed in the post-recession recovery,” said David Warnick, a technology analyst at Prince Capital Markets. “Many PC makers have been foundering, but now I’m optimistic that a company like Hewlett-Packard might be sold for dozens, if not hundreds, of dollars.”

There are several obstacles to a completed deal, however. Carl, who is unemployed, has not yet established how he will finance his purchase of Dell, and many banks remain skittish about lending to companies with failed business models that have not been successful since the late 1990s. Furthermore, several large investors in Dell, including the Montana teachers’ pension fund, have announced their opposition to Carl’s offer.

“Mr. Stevenson has made a lowball offer to purchase Dell, and we will vote against this deal,” said Scott Marcus, a spokesman for the pension fund. “There are at least three slightly-used MacBook Pros at Dell headquarters and possibly one iPad mini, and we believe that those assets alone make the company worth more than $1535.67.”

When reached for comment, Carl said that he wasn’t sure why his new BlackBerry had also failed to arrive yet and was “just drowning” under a confusing torrent of mail from the Ontario Securities Commission. 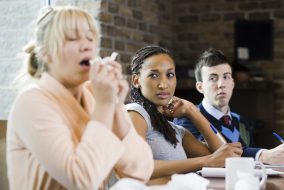 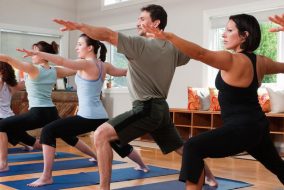