DESTINY’S AISLE – Steven H. Temares, CEO of national retailer Bed, Bath, & Beyond, announced earlier this week that he plans to open a sister store named Bed, Bath, & Beyoncé. With this new line of stores, the retailer hopes to target consumers who never shopped at its other outlets, including successful African-American pop divas, wives of hip-hop moguls, and mothers of children named Blue Ivy.™

“We wish to accommodate the lifestyle of the young African-American pop diva while sticking to what we do best,” explained company spokesperson Lindsay Arthur. “For example, a lot of B, B, & Beyoncé products are just like the stuff we sell at the regular store, but with a shit-ton of diamonds thrown on them. There will be some notable exceptions, though.”

In keeping with the theme of female agency and independence, Bed, Bath, & Beyoncé will be entirely staffed by women, as “girls run this mother anyways,” Arthur said. Furthermore, although the store caters mostly to females, it will offer some male-oriented products in the If I Were a Boy section.

Given the growing popularity of hip-hop music and hip-hop inspired pop, other retail giants are expected to open their own urban-inspired outlets in the near future. For example, the Waltons, of Wal-Mart fame, are expected to open a new store designed for thirtysomething fat white men with an affinity for grillz, which they plan to call PaulWallMart, although rumors of a Beastie Boys ‘R’ Us franchise remain unconfirmed. 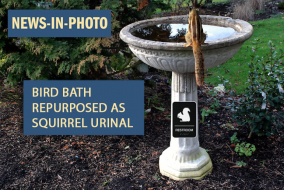