DAMASCUS – With the recent discovery of a complex system of ruins throughout Syria’s northern region, the Syrian Tourism Board’s previously stagnant “Explore the Ruins” campaign is expected to undergo rapid expansion. The sites, many of which date back to the second Assad era of the third millennium A.D., came as a complete surprise to the global community, which had gotten used to ignoring the internal affairs of the Arab nation.

“This used to be pretty cut-and-dry,” said Syrian Tourism Minister Moktar Amjad. “You had your Aramaic, your Greco-Roman, and a little Ottoman here and there. But these new ones are like the gift that keeps on giving. I feel like we find new sites every day!”

According to archeologists, a walk through the new ruins is like a trip back in time to an era when the Syrian people lived in virtual isolation from the world at large, under what appears to be some sort of medieval autocracy. Men worked with simple tools, like the AK-47, and the most sophisticated means of communication was the iPhone 4S.

Unconfirmed reports of partially-preserved human remains embedded in the rubble have surfaced. If verified, this discovery will forever change the face of Syrian tourism. “We can’t confirm anything at this point,” Amjad cautioned. “But we’re pretty optimistic some bodies will turn up, which could put us on par with Egypt or Pompeii.”

Amjad explained that the Tourism Board has expedition teams working around the clock to uncover new ruins and further excavate existing ones. New discoveries will be open to the public almost as soon as they are excavated.

“Now that I think about it,” Amjad said. “What happened to those expedition teams? I sent them to Homs about a week ago and still haven’t heard anything.” 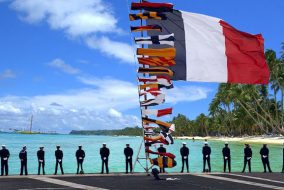 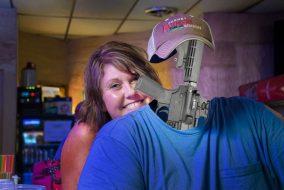