NEW YORK FEDERAL COURT – Sulaiman Abu Ghaith, the alleged son-in-law of the deceased al-Qaeda leader Osama bin Laden, entered a plea of “not guilty by reason of not being Osama bin Laden” in open court here on Monday.

“That guy who masterminded every element of the 9/11 attacks? Yeah, I’m not him.” said the 47-year-old Kuwaiti, visibly agitated. “I am a used-car salesman married to the offspring of one of bin Laden’s many wives. You have the wrong man.  Please remove these FlexiCuffs from me immediately.”

The U.S. government alleges that the defendant provided material support to al-Qaeda both before and after the September 11th attacks, as evidenced by his appearances in an October 2001 al-Qaeda communiqué broadcast on Al Jazeera and the final act of the film Zero Dark Thirty. Abu Ghaith calls the videos “innocent home movies” that were never intended to be released to the public.

“Listen. Some shit I said way back in 2001, in the privacy of my own terrorist cell, doesn’t make me guilty of whatever the hell my wife’s boneheaded dad did to your poor little shitsack of a country,” said Abu Ghaith. “Now: the plastic cuffs, huh? Let’s get these snipped. Chop-chop.”

“Mr. Abu Ghaith is a terrorist – we all know that,” said Preet Bharara, the U.S. Attorney for the Southern District of New York. “His record of acting as an al-Qaeda spokesperson and his involvement with the U.S.S Cole bombings and the 9/11 attacks make this apparent.”

Retorted Abu Ghaith, “Oh, and that makes me bin Laden? Evidence of consistent, coordinated involvement with the terrorist group under his control? Is that all you’ve got on me? C’mon! I’m married to his daughter, not his dogma.”

Abu Ghaith has remained steadfast in his novel “not-bin-Laden” defense ever since he was captured in Turkey last month and extradited to the United States as part of a CIA covert-rendition program. “Osama bin Laden is dead, his body was dumped in some undisclosed part of the ocean, and I am not him,” he was heard telling reporters on his way into the courtroom today.

Abu Ghaith’s attorney echoed his client’s remarks, adding that that prosecutors may have confused the man with Saleimon Abu Ghaith, his half-brother by marriage, whom he calls “the real terrorist in the family.” 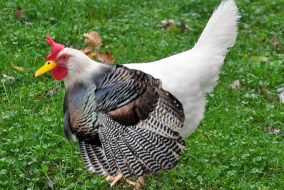 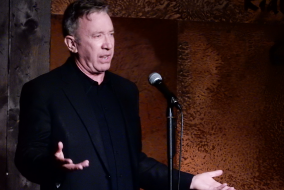 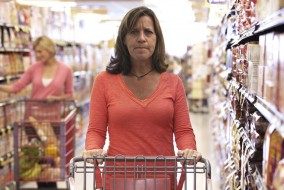