THE NIT, THE GODDAMN NIT! – Sources report that NCAA President Mark Emmert has spent countless hours giggling to himself during the past week, repeatedly reminding himself that he will someday get to vacate every one of University of Kentucky head coach John Calipari’s seasons except perhaps just this one. Emmert has repeatedly mumbled under his breath that he will likely leave this season, one in which Calipari’s Wildcats started the season ranked #3 in the nation but ended up not qualifying for the NCAA tournament and instead losing to Robert Morris University in the first round of the NIT, as Calipari’s only official legacy at Kentucky.

When he spoke with reporters this past weekend, Emmert admitted that he is “90 to 95 percent positive” that Calipari, whose Final Four seasons at both the University of Massachusetts and the University of Memphis have both been vacated due to players receiving illegal benefits, has probably done something at University of Kentucky that would warrant at least a couple more vacated seasons.

“Even if I was able to vacate this season too, I think I might just leave it on the books for shits and giggles,” said Emmert, smiling mischievously.

The unsurprisingly inconsistent future NCAA policy is likely a result of Kentucky’s ignominious loss 59-57 to Robert Morris University in the first round of the NIT. Subsequent research revealed that the NIT is a lot like the NCAA tournament, but for teams that really aren’t all that good.

A post-game interview with Robert Morris’s head coach, Andrew Toole, revealed that Kentucky was defeated by a team that thought it was playing non-motorized whirlyball. Toole also explained to reporters that Robert Morris University is actually the real name of a real university, which plays in the equally existent Northeastern Conference.

He was also quick to note that his school is named after a signer of the Declaration of Independence, Robert Morris. When asked how embarrassing it must have been for Kentucky to lose to a school that could not even manage to name itself after a Founding Father people actually recognize, Toole declined to answer.

Coach Calipari was reached for comment after his squad lost to a team that had previously been defeated by teams named the Quinnipiac Bobcats and the Saint Francis Terriers.

“I’m too busy to talk – I’m trying to badger a bunch of 13-year-old prep stars from abusive homes into signing informal letters of intent,” said the man who has built his entire career on exploiting a broken system. 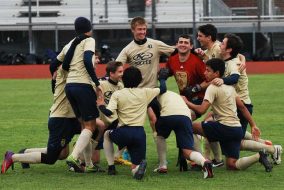 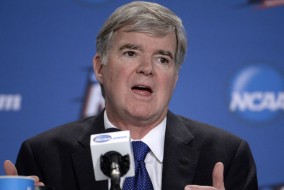