POINT: Reinventing Yourself in the Movie Industry Isn’t That Hard

Who would have guessed that the star of Gigli would win an Oscar after that debacle, am I right? But really though, I just hope my story or redemption is enough to propel struggling actors and actresses – I’m looking at you, Adam Sandler – to try to take control of a new niche of the movie industry like I have.

I felt like I was always going to be stuck in that Paul Rudd mold, as that goofy guy in a rom-com, but luckily I figured out that you’re more likely to achieve critical acclaim if you stop coming off as such a fucking douchebag and start making movies that actually require talent to realize. Since then, I directed and starred in Argo. Honestly, people, if I can reinvent myself in Hollywood, anyone can.

I mean, think about it. In 2009 my biggest credit was from He’s Just Not That Into You. My career had been down the tubes since Surviving Christmas. But then – poof! – one good break and I’m back on top for the first time since Daredevil.

Or, okay, maybe for the first time, period.

The point is that everyone says it’s tough to make it in Hollywood, but I have good news – once you’ve made it, lost it, and then made it again, you’re never going to leave.

COUNTERPOINT: Unless Those Fucking Jews Have It Out for You

Look, Ben “Let’s Appease the Money-Grubbers by Making a Movie About How They Saved the Country from Iran” Affleck, it’s obviously going to be easy to get back on top when you’ll practically blow the people behind the whole operation.

I mean, look at me. Just because I get accused of anti-Semitism one or two dozen times in a half-decade and publicly slander the entire Jewish people in one of the most commercially-successful and socially-impactful movies of all time, people assume I hate those filthy rats. It’s not my fault they killed my savior, is it?

Now, because of that perception, those slimy bastards are keeping my rightful acclaim away from me. How many of you saw my recent masterpieces Get the Gringo or The Beaver? None of you? Exactly. It’s all those damned Goldsteins and Silverburgs keeping true art from you, and don’t you forget it.

So keep in mind what you’re supporting when you go to the movies. Instead of supporting an upstanding American like me, you’re feeding money to those godless Holocaust-myth propagators. When they eventually take over America and start making us call the period from late December to early January “Hanukkah Break,” I won’t say I told you so, but don’t come to me looking for help. 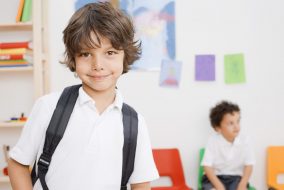 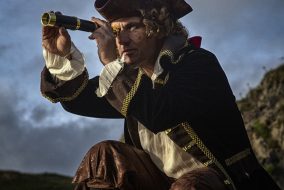 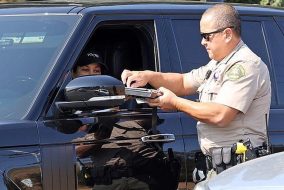