Samuel Shalev, who escaped Nazi persecution during the Second World War, ran out of luck Friday morning when he was crushed by a rapid, spontaneous collapse of a massive sheet of snow.

In 1943, Shalev, along with his parents, were removed from their home in Warsaw, Poland, and taken to the Auschwitz extermination camp. Although Shalev’s parents, like most of those taken to the infamous camp, were murdered by the Nazis, Samuel was able to stage a daring escape.

For the following year, Samuel survived in the Polish wilderness, braving starvation and freezing winters to emerge shortly after the war’s conclusion. In his autobiography published in 2003, Shalev detailed heroic feats of survival that included fighting off a pack of wolves, constructing a shelter using twigs and animal droppings, and somehow managing to weather the heart of the Polish winter, which can have average daily temperatures of minus 10 degrees.

Investigators confirmed that the rescue team’s response to the fatal avalanche was delayed due to a rerun of Schindler’s List. 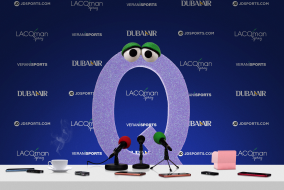