In its latest round of rankings, US News & World Report once again conferred upon the University of Michigan the semi-(honor?) of being the nation’s number one backup school. As one of the country’s oldest and best public universities, Michigan is consistently the institution to which students apply on the off chance they don’t get into Cornell on the first try.

With its vibrantly eclectic art scene, world-class medical campus, reputation as an outstanding research institution, and median ACT score falling just short of impressive, the University of Michigan is an obvious pick for the country’s top students who need a safety net. Michigan prides itself on a longstanding commitment to diversity, with students coming from various countries and backgrounds, proving that it’s not only white males who are denied acceptance into premier universities.

“Sometimes I look around this place and I still can’t believe I go here,” said LSA sophomore Bea Cote after being asked what she thought of her university’s distinction. Cote claims she’ll never forget the day she got her rejection letters. “There’s no place I’d rather be, aside from Boston College, Dartmouth, and Penn.”

UMich boasts a remarkable alumni base, with graduates going on to earn doctorate degrees, start businesses, further technology, and eventually forget about the devastating sense of grief they felt upon being waitlisted from the universities which they’ve dreamt of since infancy. “Forever Go Blue!” remarked Thomas Gully, a senior in Michigan’s highly acclaimed Ross School of Business. “Until I graduate and get my MBA from Harvard.”

U.S. News & World Report employed a comprehensive ranking system that included assessments of colleges’ student-to-deferral ratios and the percentage of months spent California dreamin’ of Stanford relative to months spent accepting the prospect of four dismal years in the Midwest.

Earlier this week, the University released an official statement regarding the honor: “We at the University of Michigan are proud to be recognized as the followers of the leaders in higher education, and continue to adhere to our commitment of providing an uncommon education to the common man who was almost an uncommon man.”

At press time, Cote was drafting a Facebook post to the effect of “~<3 it’s great to be a Michigan Wolverine <3 ~,” curling into a ball, and quietly crying in her dorm room, which is not nearly as spacious as the ones at Brown. 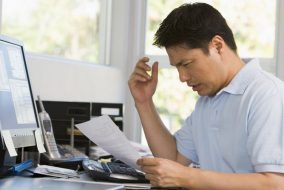 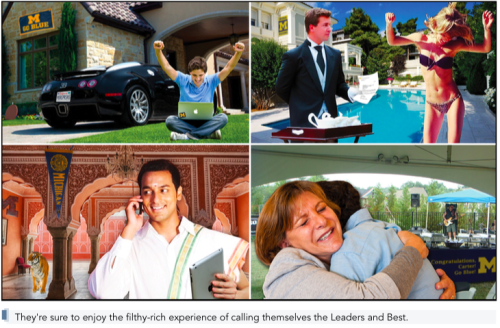