A study released by the University of Michigan’s Institute for Social Research yesterday found that the ailing city of Detroit’s most pressing social, political, and economic issues would be most effectively addressed by the temporary, sporadic presence of bright-eyed college undergraduates who lack both a basic knowledge of the city and the competence to do anything about it.

Though a wide range of political commentators and media personalities have attributed Detroit’s ongoing problems—such as a 60 percent child poverty rate, a murder rate more than thirty times the national average, and a 90 percent reduction in manufacturing jobs—to deep structural and economic forces, this new study reveals that the true source of the city’s woes is a scarcity of communityoriented internship programs to bring the city back to its vibrant and tenacious past.

“Even if policymakers followed our recommendation to bump up the number of community-based internships, the change won’t happen overnight,” said Dr. Michelle Ellis of the University of Michigan’s Institute for Social Research. “It could take days, even weeks to make up $20 billion dollars in underfunded debt and restructure a fundamentally flawed sociopolitical system if we rely on the totally earnest, but utterly meaningless gestures of a handful of college sophomores looking to pad their resumes.”

“But, if they work together and have fun doing it, community-based interns have demonstrated an uncanny ability to find value in what seems like absolutely trivial bullshit. Or, at least it looks like it on paper.”

Detroiters have found the study’s conclusion plausible. “Everybody keeps saying that what Detroit needs is effective channels of political participation in the broader democratic process,” said longtime resident Lana Williams.

“But they’re getting it all wrong. What we really need is a busload of shaggy-haired twenty-year-olds to get up early on a Saturday morning, throw on their best flannel jackets, and head down to Gratiot Ave so they can plant trees over that corpse rotting in the ditch outside Marty’s Hardware Store.”

The Detroit City Council has already begun to implement the study’s recommendations, partnering with vast networks of student organizations poised to step up to the task. 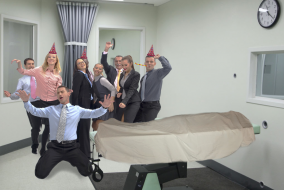 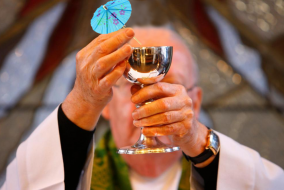 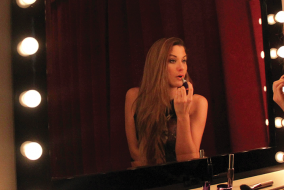