DHAKA—212 workers lost their lives last Friday when a fire broke out in an electronics factory, a disastrous event that you don’t care about in the slightest.

The official death toll rose throughout the following day, as fire crews found the charred remains of several dead men, women and children who you would care a lot more about if they were white or American. Injuries are estimated at over 500, with all wounds having less of an emotional impact on you than one of the five moronic cat videos you watched on YouTube.

The factory, which produced wiring for many of the various electronic goods that you value much higher than Bangladeshi human beings, collapsed only fifteen minutes into the fire. The falling walls offered a mercifully quick death to most workers, who would have otherwise been slowly burned to death, not that you give a flying fuck.

The cause of the fire is yet unknown, although some labor rights activists have asserted that the area’s notoriously lax building codes were to blame. These activists have urged the Bangladeshi government to reform these codes to emphasize workplace safety, which would mean something if you knew what any of those words meant or what significance they hold.

The owner of the factory released a statement saying, “My prayers go out to the victims of this horrible tragedy.” While the words offered little consolation to the families of these victims, the words meant absolutely nothing to you, as this situation bears absolutely no relevance to your life.

As the area’s hospitals were already overcrowded from the last industrial accident, the Red Cross has volunteered to set up temporary clinics to care for the wounded. However, the organization’s resources have been spread thin following last month’s Hurricane Haiyan, which you also probably didn’t give a shit about. 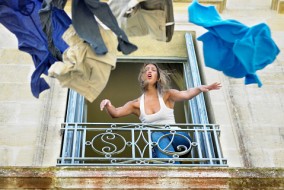 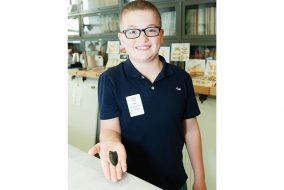