Witnesses report that LSA Junior and very drunk girl Kiera Saunders was sobbing outside of Rick’s again. Saunders allegedly stomped up the stairs, dramatically pushed past the bouncer, took off her stilettos and sat on the concrete curb, announcing “I am so fucking done with this” in between breathy sobs and incoherent mumbling.

Two of Saunders’ friends, Stephanie Granger and Lindsay Beckhardt rushed to Saunders’ aid, immediately attempting to comfort her by stroking her hair and reassuring her that “guys are just jerks.”

“It’s like he doesn’t even get it, you know?” Saunders reportedly asked. “Am I crazy, or does he totally just not even get it?”

Granger then affirmed that no, she was not crazy at all and indeed, “he just doesn’t get it.”

Saunders subsequently wondered aloud: “Is it even worth it? Like seriously, I feel like it’s not worth it. None of it,” Saunders said, chin trembling the whole time.

Granger assured her it was “completely untrue” as she kissed Saunders on the cheek.

At that moment, Ross Senior Ben King walked by and apparently looked back at Saunders for a second too long, prompting Beckhardt to yell “What the fuck are you looking at, asshole?” as Saunders threw one of her shoes at him in a fit of rage.

Saunders allegedly calmed down, however, after Beckhardt let her know “You just have to be the bigger person here and act like it doesn’t even bug you.”

Saunders then sighed, stood up, and said “You’re right. I don’t deserve that. I am so over it. Fuck guys, all I need is my girls.”

The trio then walked arm-in-arm all the way back to their apartment, proving once and for all that “chicks are better than dicks.” 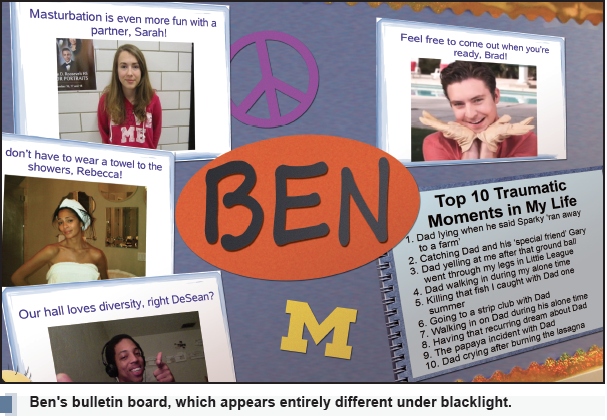 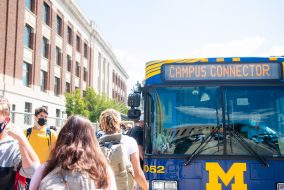