TOPEKA, KS—The National Anti Bullying Organization’s headquarters recently hosted a group of more than 300 high school students to partake in the foundation’s inaugural “We Will” campaign. The program, aimed at informing students on how to prevent bullying in their own schools, taught attendees to be “patient and confident; ruthless and unmerciful.”

“We want students to know that bullying can end,” stated the organization’s spokeswoman, Natalie McCants. “Bullies seek power and if we can teach kids how to deny the bullies that power, we can rid these pitiful behaviors from the schools. Bullies are no more than fat, stupid kids who have nothing better to do than pick on others because they feel bad about their ugly acne or abusive parents.”

“In reality, most bullies are the most insecure children at the school. They’re generally girls with fat hips or boys who sit when they pee,” McCants added.

The three-day long campaign focused on practicing strategies to dispel confrontation, use verbal communication, and the use of personalized statements to most effectively counter the bully’s own insults. Research has shown that comments regarding the bully’s weight, race, and broken marital status of his or her parents are most able to soften the child’s hostile attitude.

“The kids really seem to be absorbing all of this information so fast and I’m excited to see how they apply what they’ve learned back in their schools,” said McCants. She then motioned to a child practicing her “rebuttal solutions” directed towards framed picture of one of her classmates. The young girl made use of structured comments on the bully’s aggressive nature, questions as to why he wanted to be so mean, and pointing out his braces that made him look like some kind of retarded kid or something.

“I learned that bullies are just like us,” said Samantha Wilder, a seven-year-old from the local elementary school. “They’re just kids like me and they’re just as embarrassed of their lisp as I am of mine!”

The “We Will” campaign also takes advantage of social media to hinder online bullying. In addition to her teaching work, McCants patrols sites like Facebook, Twitter, and Instagram to ensure that bullies are unable to harass others from behind a screen. She encourages her students to send messages to bullies asking them to stop treating others poorly and questioning whether they would like to ever see their pet again.

“I will not rest until children are able to walk to school in peace, sit at their desk unmolested, and enjoy their school experience completely,” McCants attested. “I am aware of the ‘sticks and stones’ phrase, but words can actually hurt feelings.”

“I just make children aware that those same words can hurt the bullies too. Especially if they are overweight, homosexual, or un-athletic bullies.” 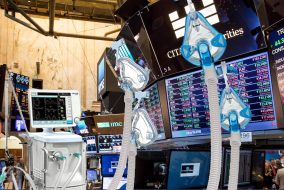 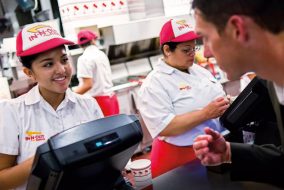 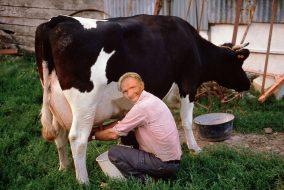