Daniel Mendel, a freshman in Markley, describes himself as a romantic who knows a special girl when he finds one. The most recent apple-of-his-eye is Julia Jennings, another Markely freshman. “Julia is super cool. She’s just so real, and I love a girl that is really smart,” Mendel explained. “Plus she lets me make out with her in front of my friends.”

Although Mendel was quick to point out he has “bagged a few hot chicas in [his] days,” Jennings really left a lasting impression on him. While Mendel admitted that he usually “grinds up all into that” to declare his romantic intentions, he decided that Jennings deserved an “even more special treat”, more specifically one of his only ten coveted guest swipes.

“For the most part, when I go on dates, I just take girls to the Mojo dining hall,” said Mendel. “It has great food, it’s pretty quiet, and they serve chicken wings a lot. I love wings,” he explained. “But Julia is really something else, you have to pull out all the stops. I mean, this girl could be my future wife. So I took her to East Quad. It’s like a fifteen minute walk, but I’d do anything for her.”

When the couple arrived at the East Quad dining hall, Julia originally motioned to take out her Mcard and swipe for herself. “I was all like, ‘slow your role there, babe,’” said Daniel. “I’m a gentleman. I swipe. No questions asked.”

Unbeknownst to Mendel, Jennings has unlimited swipes and reportedly was not particularly impressed by the gesture. “The last guy I went out with took me to the Chop House,” said Jennings. “To be honest, I didn’t even want to go on the date in the first place. But Daniel lives on my hall, so rejecting him would’ve been pretty awkward.”

“I walked right into a lose-lose situation.”

When told that Julia did not have a good time, Mendel seemed unfazed. “Did she say that she had a bad time?” he asked with a big laugh and exaggerated pat of his stomach. “That’s classic Julia, she’s so funny. Did you know she told me never to call her again? I was dying. Where does she come up with this stuff?”

According to sources, Mendel even likes his chances of getting a second date. “Oh yeah, we hit it off,” he said. “I could tell. I mean, who’s not going to be impressed by a guy who polishes off six plates of wings? I even carried a couple of plates for her and offered to grab her a slice of cake from the deserts table!”

Regarding his future plans, Mendel had this to say: “Depending on how are text conversations are going, I might take her to North Quad. I might even do Buffalo Wild Wings for 69 cent night. She’d probably be cool with that, right? I love wings, and you’d figure she wants me to be happy.”

Sorority Sister Excited To Use Lent As... 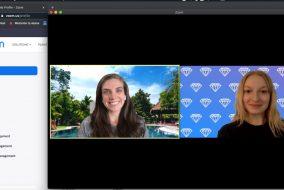 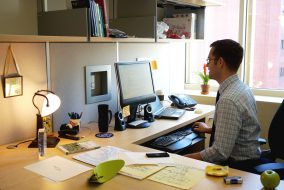