ALBANY, NY—Desperate not to let the conversation fall into a tense and unpleasant lull, family members gathered at the Hastings’ family holiday dinner last weekend spent virtually the entire afternoon discussing how everyone got there, various alternate routes they potentially could have taken, and how they would ultimately return home.

The extended family members came respectively from three neighboring states by plane, car, and train. The variety of modes of transportation made all feel reportedly “very sure” that they had plenty of material to work with.

“I asked my cousin Tommy how his job was going and how the kids were, but once you’ve covered how the Bills are doing this season, there’s not much else to talk about,” said Dan Hastings, “But I overheard him telling my dad that he took 88 into Albany this year instead of I-90, and I knew I could keep him going on that for at least 20 minutes. Rt. 88 is always such a mess.”

The family reportedly employed their arsenal of travel related questions and comments including, “So did you drive straight through, or did your dad stop for the night?” “Once we got off the Mass. Pike the traffic was fine,” and “Yes, we did consider flying, but it’s is just so expensive and the security is such a hassle,” to avoid any and all awkward pauses.

The topic of travel was also tactfully employed to prevent Dan Hastings’ father, Carl, from trying to turn the conversation to immigration reform.

“Just as Dad let slip that he had been watching Fox News recently, I turned to my wife and asked her to tell everyone about how we had to wait on the plane for five hours before we took off,” said Hastings, “She saved the entire day.”

As the evening winded down, sources confirm that many relatives were already thinking about talking points for breakfast the next morning.

“I tried to talk to some of my nieces and nephews about how school was going, but I just couldn’t come up with anything else to ask,” said Dan’s sister, Amy Mejer, “Tomorrow I’ll probably just ask them if the hotel they stayed at on their way here had a pool.”

At press time, 18 year-old cousin Jenny was relaying in vivid detail her train ride in from Syracuse to an Aunt whom she would not speak to again for at least another 12 months. 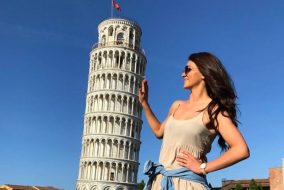 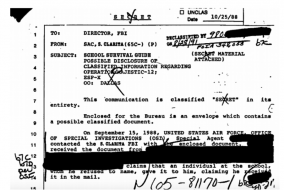