According to sources close to the situation, Theta Psi brother Brad Doughty has become an outspoken supporter of the Keystone Pipeline expansion.

“I’ll always stand up for what I believe in,” stated Doughty. “And I believe in every American’s right to easily access Keystone beer.”

Doughty was actively voicing his support for the controversial project on social media. He regularly tweets, instagrams and posts Facebook statuses about himself and his fraternity brothers drinking Keystone Light beer. Noting the beer’s popularity in many fraternities, Doughty is campaigning for endorsements of the pipeline from various chapters around the nation as well.

When asked to comment on his support of the pipeline, Doughty explained, “Keystone is just such a big part of my life. The idea that there are people out there, not getting Keystone despite craving the delicious taste of this amazing beer is frankly disturbing to me. By backing the construction of this new portion of the pipeline, Keystone Light will finally be a part of all Americans’ lives.”

“Imagine an entire pipeline, stretching from Canada to the American South,” Doughty continued. “The nectar of the gods would flow from coast to coast freely, and people of every background would have access. Especially lesbians, which will be awesome. This is the twenty-first century’s Manifest Destiny.”

When asked why he isn’t lobbying Congress directly, Doughty responded, “With this type of legislature, I have to play my cards right. I’m not 21 yet and I can’t get another MIP while I’m still on probation.” 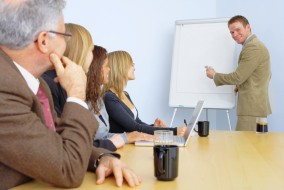