A study released online last week confirmed that men whom use “whom” in their everyday vocabulary receive better responses socially and, in turn, get laid more often than those whom do not.

The study, conducted with hundreds of people across the country, encouraged men to use “whom” in casual conversation more often and document how often they had intercourse since the beginning of the trials. The results were shocking, especially to people whom have been using the word their whole lives.

The researchers revealed that the men whom said “whom” had over thirty percent more sex than they were having before.

“I was at a party once and to get things going I shouted: ‘whom’s ready to party!’” recalled Frank Dawson, whom was one of the test subjects. “Next thing I know I was in bed back home with a girl. If I had known it was this simple before, whom knows whom I could’ve been getting with!”

Dawson reportedly went home with Trisha Tanner, whom reported that she prefers intelligent men. “I was just begging for him to say it you know,” said Tanner about Dawson. “The whole night I was just like, ‘say it baby, come on, just say it to me.’”

Editor’s Note: As someone whom has a fairly advanced vocabulary and thorough understanding of syntactic structure, I ask you: whom wouldn’t want a piece of this miraculously literate wordsmith, am I right ladies? Whom out there is wooed by this articulately crafted sentencry? Email news@michigandaily.com with any kinky semantic requests. 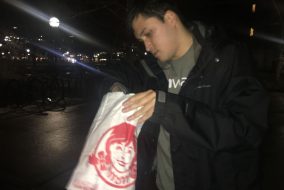