UANGZHOU, GUANGDONG PROVINCE—Generals from the People’s Liberation Army offered their “most sincere apologies” to the New York Times after the newspaper published an extensive account claiming it had been hacked by the Chinese. The 52nd Cyberwarfare Infantry Brigade was “only trying to keep up with Nate Silver’s latest fascinating blog posts,” said Army spokesman Xu Jixang.

“We are very sorry that our foolish actions have brought consternation to the face of Jill Abramson, respected executive editor of the News-Times of New York,” said Xu at a press conference. “But when she erected the Great Pay Wall and refused to accept Chinese yuan as payment, what choice did we have? It’s not like one can expect a simple man to get un-addicted to Maureen Dowd’s witty and incisive Sunday columns.”

“Oh, we just love A-Rod,” said Xu, when asked to comment on his people’s browsing habits. “We will never believe in a million years that he took steroids, this time. He and Madonna were made for each other.

“We love American celeb gossip,” added Xu. “After all, the only Chinese celebrity we have is Yao Ming, still. I mean, we’ve hacked People Magazine’s website around 200 times to make sure we’re getting the latest scoop, but nobody cares enough about People to even notice.”

Despite the unlikely channel of communication that has opened between the Western press and the Chinese military, confusion still remains regarding the hacking of NYTimes.com.

Said Abramson, “Don’t the Chinese know that you can just delete your cookies once you reach the 10 article limit and keep surfing?” 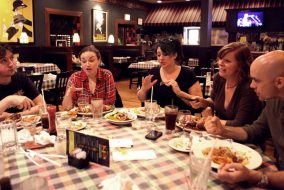