Allister completed her first transaction for cannabis since leaving the United States after consulting various Spanish sources, including her roommate, her host mother, and a taxi driver. Allister proceeded to return to her apartment and regale her stateside friends with the story of her most recent cultural experience via Skype.

“I said, ‘Hola, yo comprar un order-o de marijuana por favor,’” Allister fondly recounted. “I wasn’t even entirely sure what the word for ‘marijuana’ was in Spanish, but they understood me right away! I was so proud of myself.”

Allister said she doesn’t even like the drug that much because it makes her hungry and she wants to come home with that “chic, borderline-anorexic look” that European fashionistas have. Instead, Allister claims that her decision to buy weed was the result of boredom, as she quickly got over the excitement that accompanied walking into a bar and ordering whatever she wanted after arriving in Spain.

“Half the fun of going to the bar was convincing the bartender I was 21, and when that didn’t work, pulling my tank top lower, ” said the 20-year-old Allister. According to Allister, there’s “no thrill in getting shwasted with a bunch of foreign men” if it can be done legally.

Seville natives report that not only has Allister’s Spanish gotten better since engaging with local drug dealers, but that she has also begun working part-time as the face of the Spanish drug trade in an effort to embrace complete cultural immersion.

“My parents were pretty upset when I turned down my spot at Ross,” said Allister. “But now I’m raking in a couple thousand euros a week, which I never could have done if I’d stayed in Ann Arbor. Besides, I’m pretty sure selling drugs is, like, a major felony in America.”

At press time, President of INTERPOL Mireille Ballestrazzi explained to reporters that she hopes Allister is enjoying her cross-cultural experience and thinks its “simply fantastic that she’s expanding her knowledge of Spanish drug-culture slang.” 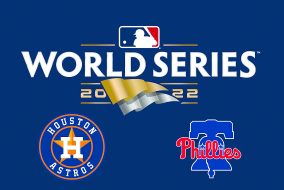