Following the Honoring Attendance, Involvement, and Loyalty app’s overwhelming success in drawing students to University athletic events, the University Athletic Department is launching a brand-new version of HAIL intended to draw athletes to academic events, such as class. The new version of HAIL ‒ which now stands for Honoring Attendance, In-Class-Beingness, and (Hopefully) Learning ‒ has been praised as “revolutionary” because it now allows athlete-students to “check in” to class via their mobile device, replacing more burdensome ways of verifying attendance like completing assignments, answering questions, and staying awake.

“Although nothing in life can match the intrinsic reward and enjoyment that comes from fulfilling your race & ethnicity requirement ‒ much like watching a women’s basketball game ‒ we believe this new HAIL app truly honors those that volunteer their free time to get involved in the academic community,” said Athletic Director David Brandon.

The new app awards points to athlete-students for each class attended, which can later be redeemed later for NCAA-allowed cash benefits, prizes, and academic credits. In addition, an Athletic Department spokesperson revealed that athletes will be awarded “bonus points” for participating in key “Maize Star Classes,” which the Athletic Department defined as “any class outside the Communications and Sports Management departments.”
The HAIL app also incorporates features of other programs in order to further enhance the learning experience. App creators teamed up with the inventors of Shazam to include a feature that uses the audio profile of the lecture to help athletes figure out which class they are attending in case they forget. The HAIL app also includes a special version of Grindr which pairs users with classmates of the same sex who they can cheat off of during exams.

Though launched only late last month, the app has already proven to be a success, as the athlete class-attendance rate has risen to an unprecedented 7%. “This app’s great, because it serves as just that little bit of extra motivation that you need,” said Taylor Pratt, a second-string linebacker. “For example, I was really tempted to blow off my second midterm in Psych 111, but the promise of winning a free pizza for it drove me to get out of bed in the afternoon.”

Reportedly, the app has not only led to an increase in attendance but also in enthusiasm for material covered in class.
“After showing up to class enough times, I discovered I am truly fascinated by the dialectic between existential causality and fundamental autonomy in the German 20th-century political milieu,” says Robert Hernandez, a reserve relief pitcher for the men’s baseball team.

“And to think, I only kept going so I could check in enough times to usurp Craig Roh as mayor of Philosophy 487: Wittgenstein.” 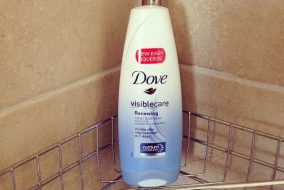 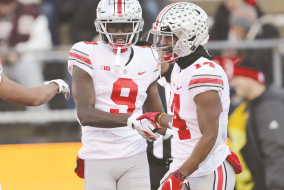 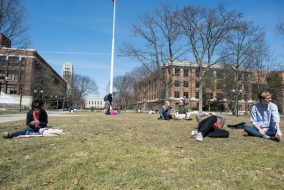