CATHERINE ST. – In an act of selfless heroism, Mr. Chin, the adorable 12-pound tabby cat of Fred and Melissa LaGrange, rescued firefighter Thomas Lamont from an area sidewalk on Friday night. Lamont, who had been stuck at ground level for the last 35 years, said he was on the verge of panic until he looked up and saw Mr. Chin courageously lounging  on a branch 30 feet above the ground.

“I was really scared I would never get off that ground,” said Lamont from his newfound perch in the LaGranges’ oak tree. “But when I heard Mr. Chin meowing bravely from this branch, I knew everything was going to be all right.” 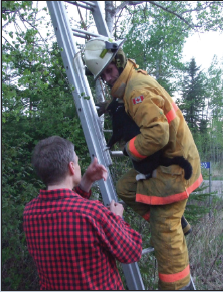 With ample coaxing from Mr. Chin, Lamont was able to locate a ladder and successfully escape the clutches of Catherine Street.

“We are just so proud of our Mr. Chin Chin. Who’s a good boy? You are, Chinny Chin. Yes you are,” stated a beaming Melissa LaGrange while stroking her valiant pussy. “We’ve known he was hero material ever since he saved us from cleaning the litter box by peeing on our carpet.”

Following the heroic rescue, Ann Arbor Mayor John Hieftje scaled the LaGranges’ tree to present Mr. Chin with the Key to the City. The stoic Mr. Chin accepted his fame in typical feline fashion, lackadaisically licking his genitalia before regurgitating a hairball on the mayor’s lap.

As of press time, Ann Arbor officials are in the process of evacuating the other 120,000 citizens who are still stuck at ground level and advise anyone in need of rescue to remain calm, locate the nearest tree, and patiently await Mr. Chin’s arrival. 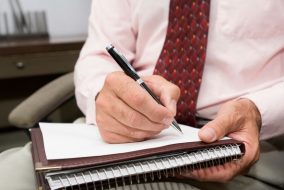 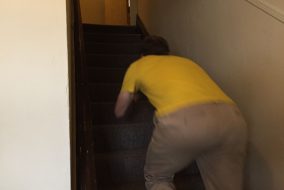