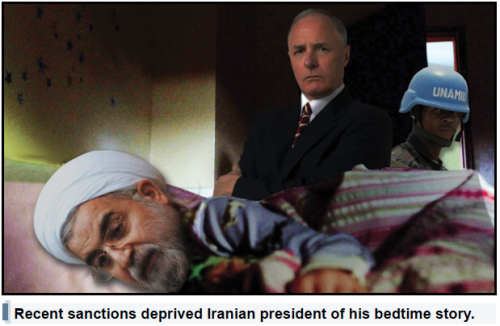 TEHRAN—As part of a landmark nuclear arms deal between Iran and the world’s most powerful nations, the United States agreed Monday to lift crippling economic sanctions on Iran on the strict, non-negotiable condition that the Islamic Republic keep its promise to be in bed by 10 pm every night.

“And that means lights out too, mister!” clarified Secretary of State John Kerry. “If you want to read before bed, you get those PJs on and start at 9:30.”

Kerry later clarified that he didn’t care if 9:30 is “when your favorite cartoon is on,” and that “part of growing up is making choices.”

The negotiations, spurred on by the election of moderate Iranian President Hassan Rouhani, were contested by many around the world who thought the provisions of the deal were either too strict, or not strict enough. Israeli Prime Minister Benjamin Netanyahu vocalized his anger at the deal early Wednesday morning.

“I think that in the years to come, this decision will be viewed as a grave mistake,” Netanyahu explained. “Just because they sign a document saying they’ll adhere to a healthy bedtime, doesn’t mean they will comply.”

“What’s to stop them from sneaking out the window after lights out?” continued Netanyahu. “Or using a flashlight under the covers to read comic books?”

While other nations may be content with Iran being tucked in at 10, Netanyahu insisted that Israel reserves the right to use military force to enforce an earlier bedtime if they sense a threat, adding that, since the Second Intifada, they’ve been making the Palestinians “hit the hay at 8:45 sharp.”

On the other end of the spectrum, fellow belligerent nation North Korea lambasted the deal as too restrictive. Supreme Leader Kim Jong-Un told reporters that the Iranian deal has strong future implications for a possible international deal with North Korea.

“We refuse to be treated like children,” said the leader of the nation where over 30 percent of children are malnourished. “Ten o’clock bedtimes means that I wouldn’t even be able to watch the end of NBA basketball games. And it takes late night talk shows out of the equation altogether.”

At midnight press time, Iran was seen in pajamas standing in front of the United States’ bedroom complaining about a tummy ache, which the technically sovereign Arab nation attributed to a continuing sanction on Lunchables™. 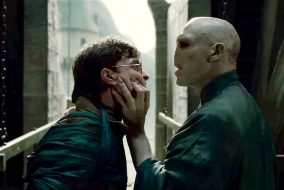 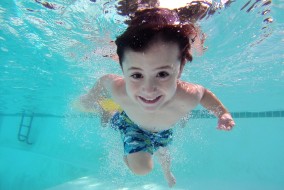 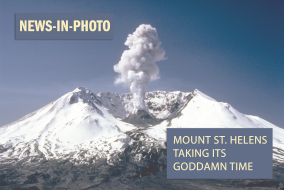