PEAK OF SELF-WORTH—Although the act occurred over 2 months ago, a single session of physical exercise continues to buoy Salt Lake City, Utah man Charlie Devon’s self-esteem. Speaking at a local coffee shop, Devon said, “I know I probably shouldn’t have a third cinna- mon roll this week, but I did go biking for like an hour on… dang, was that back in June? Ah well, I think I’ve earned it.”

The cinnamon roll is only the latest in a long line of indulgences Devon has allowed himself since his 45-minute bike trek. Others include a KFC double down, an entire meat lover’s pizza intended for four people, and binge-watching the entirety of FX’s Fargo in one sitting, any of which would cancel out the calories Devon burned on its own.

However, Devon defends his choices, saying, “I was sweating, like, a lot man! It was mostly

uphill and I got super exhausted by the end. I was thinking, ‘is breathing supposed to hurt this much?’”

“I was super proud of myself. Before that I had been afraid that I was getting a little out of shape, but now I’m totally confident in myself,” said Devon, who has gained six pounds in the past month.

Devon’s neighbor Liz Kaplan was surprised at his change of behavior, saying, “I always had Charlie pegged as a couch potato, but lately he’s been acting as though he hits the gym at least three times a week. Funny though, I’ve never seen him there. He must know a different place.”

At press time, Devon was considering going on another bike ride, but later decided against it in favor of treating himself to an artisanal ham- burger. 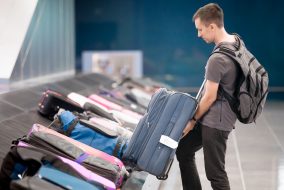 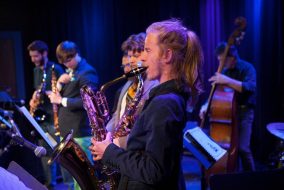