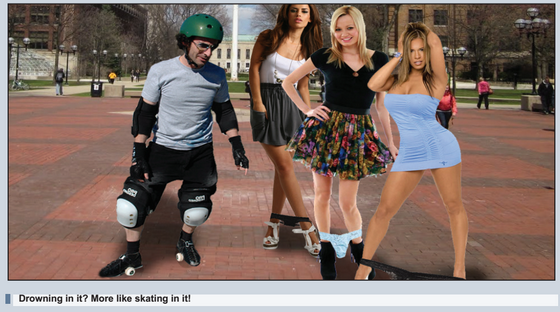 Saying they just couldn’t resist the way he wove effortlessly and tantalizingly around the Block ‘M,’ hundreds of female students were left scrambling to hike their panties back up after an unidentified lady-killer slithered seductively across the Diag on his Heelys.

In his wake, the unnamed Lothario left dozens of g-strings, hiphuggers, cheekies and thongs slightly moist and lying limp atop their wearer’s feet. Eyewitnesses report that his smooth backwards crossovers, acrobatic turns, and all- around swanlike grace halted scores of women in their tracks, whereupon their dampened hosiery slid helplessly to the ground.

“It all happened so fast,” said LSA sophomore Jessica Geller. “One moment he’s whooshing by, and the next thing I know, my PINK cheekster panties are lying prostrate on the pavement.”

“I’m usually not one to swoon,” added Geller, “and, usually, it’s only my jaw that drops. But when I saw that guy gliding through campus like a fox through the thicket, I knew I had to prepare my body for him.”

“It was the most beautiful thing I’ve ever seen,” said Ross senior Renée Keller. “The way he seamlessly flowed through the steady stream of students walking to class and groups of people trying to sell Schoolboy Q tickets. I couldn’t tell where his feet ended and his wheels began… is it possible that they were an extension of his body?”

At press time, the number of ‘Missed Connections’ posts citing the anonymous debaucher had caused Craigslist’s servers to crash. 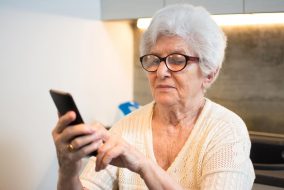 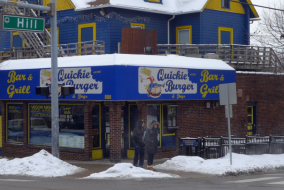