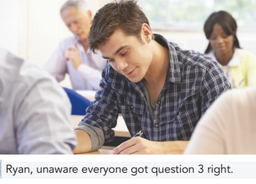 LSA freshman Ryan Sterling, now considering majoring in Statistics, said he never thought he’d do very well in Stats 250, but realized he had a talent after receiving an “A” grade on his first test of the course, despite a substantial lack of effort or preparation.

“I always thought I was a normal kid,” said Sterling. “But now I see I’m like the Stephen Hawking or Kanye West of statistics.”

Sterling’s friends told him that the course was very easy, but Sterling still considers his “A” grade to be exceptional.

“I didn’t just do well on the test,” said Sterling. “I aced it. It was like I was in a trance. The test understood me, and I understood it. I felt greatness.”

Sterling later noted that he only received an ‘A’ by a single point, and took a few “friendly glances” at the test of the student he sat near. Sterling is undecided about what he will do with his newfound skill.

“Maybe I’ll reform and better the U.S. census,” said Sterling. “Maybe I’ll help us fight world hunger. I’m undecided, but I’m confident whatever I do will change the world.”

Sterling admitted that his statistics test grade is not typical for him, noting that he did accumulate a 2.3 GPA during his first semester. “But those were just growing pains,” Sterling says. “I was adjusting to college. Plus I went out five nights every week, so we can basically throw that semester out.”

“I’m what statisticians like to call an outlier, which basically means I’m a badass who doesn’t follow rules,” said Sterling, who when asked for a more clear definition of an outlier, showed no understanding of the term.

Although he thinks he will major in statistics, Sterling was quick to exclaim that his academic inquiries will not stop there.

“There are still a lot of classes I want to take here,” Sterling said. “I need to challenge myself in everything I do. I haven’t even taken Extreme Weather yet. And I still need to try the mini course Dinosaurs.” 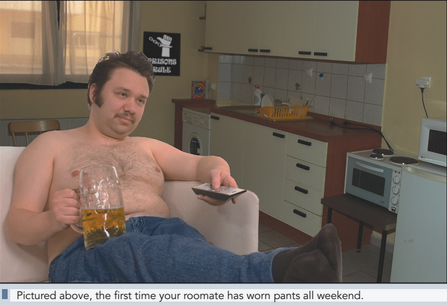 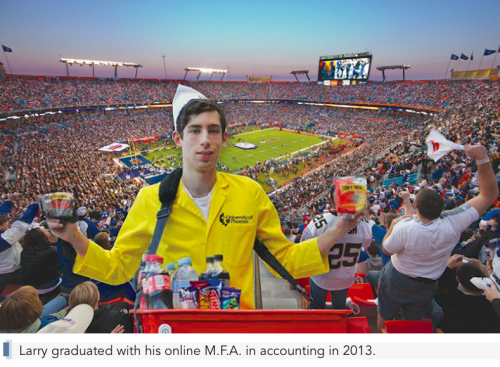 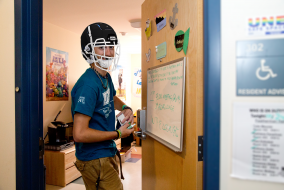 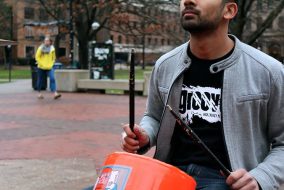 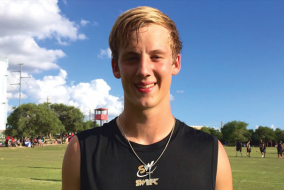