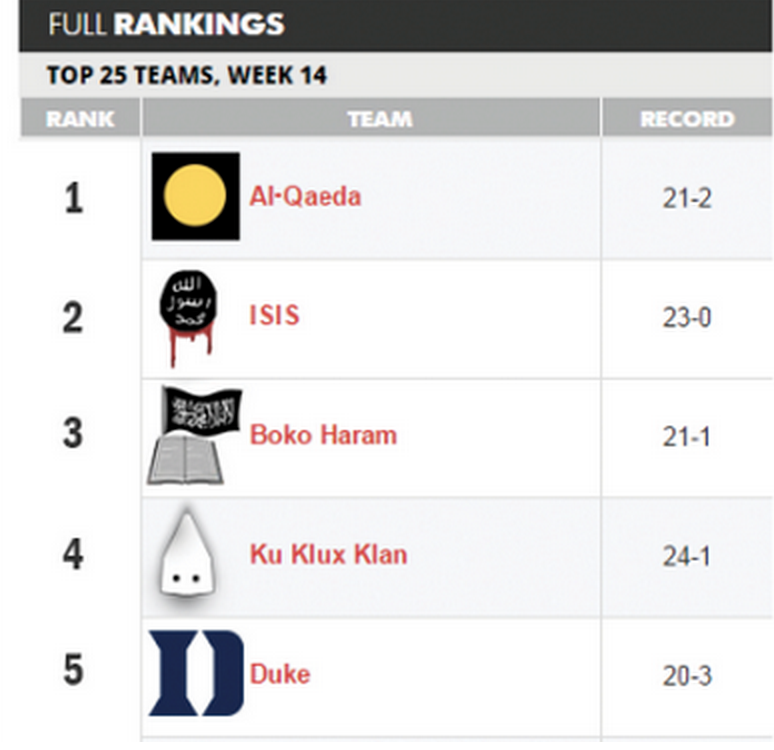 With the tournament quickly approaching, Nigerian terrorist organization Boko Haram has strung together several impressive victories, causing the group to vault up to third place in the AP Top 25 Rankings.

While ISIS and Al-Qaeda remain in the spotlight as top five teams, Boko Haram is doing all it can to position itself well for a deep run in March.

Terror analysts across the globe have been very impressed with what Boko Haram has been able to accomplish over the past few months. Yet, CIA terrorism expert Jim Rollins explained that they need more consistency as a unit. “They’ve had an incredible couple of months, ” Rollins stated. “Their victory in Monguno last month was impressive. Now they just need to string up a few wins in a row and start making a run.” If they can do that, he explained, a number one seed is undoubtedly in their future.

He continued, “They just don’t have that same magic. No one seems to be afraid of facing Al-Qaeda anymore. After such a long run of excellence, it seems Father Time has finally caught up to them. They simply aren’t meeting expectations.”

However, Al-Qaeda forces in Yemen claimed responsibility for the attacks on Charlie Hebdo in Paris last month. If they are responsible, their tournament resume will certainly be bolstered, silencing doubters who feel the organization is past its prime. Several analysts remain skeptical about the validity of their claim, citing the organization’s failed attempts to take credit for school massacres confirmed to have been carried out by Hamas.

With all the praise Boko Haram has been receiving over this run, member Abubakar Shekau is confident that the entire organization will remain humble. “We have a lot of work left to do,” Shekau told reporters. “It is an honor to be in the same conversation as great organizations like Al-Qaeda and ISIS, but our goals are much larger than that. Of course, I can’t say exactly what those goals are.” 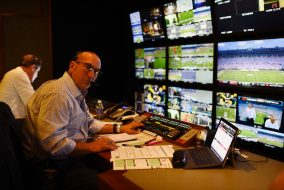