Earlier this week it was confirmed that the roommates of LSA sophomore Rachel Miller had started treating their roommate less like a rent-paying member of their apartment and more like an eight-week-old, ill-behaved dog.

According to sources, roommates Hannah Abel and Maria Soheil were seen ushering an uncooperative Miller back from a party while reminding her every few minutes that “you can’t pee there” and bribing her to cooperate with cheesy bread, stating, “C’mon, I know it’s your favorite!”

“Rachel can usually can take care of herself, but lately I’ve found myself having to make sure she takes her meds and remind her to get some fresh air,” said Abel. “I had a dog like that once, so I generally know how to approach this kind of behavior.”

Soheil added that Miller has become “especially unruly at mealtimes.” According to Soheil, Miller will often “come home and whine” until someone orders her something to eat.

“We always just have to sternly tell her ‘no,’” said Soheil. “We don’t want her learning that begging and whining is the way to get what she wants.”

“It’s not that we enjoy demeaning her like that,” Abel said. “It’s just that if someone’s not constantly telling her what she can and can’t do, nothing’s going to stop her from eating avocado toast off the floor again.”

At press time, friends were seen praising Miller for not vomiting in the middle of the carpet after a long night of drinking. 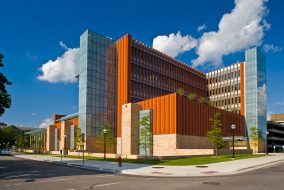